Gems are used to trade with the Gem Collector and in the Gem Cauldron. They can be obtained from Mystery Boxes, the Royal Tunnel, as prizes from the Treasure Hunt , by Rumbling and from the Golden Slot. 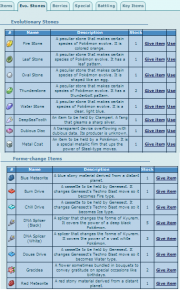