The Pokedex is a special device that records the data of your Pokemon. However, the Pokedex of Pokeheroes is different from the main games. This Pokedex only displays the data of Pokemon that you currently have. If you trade or evolve a Pokemon, unless you have a second one, you will lose the Pokedex entry. 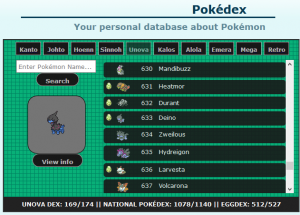 If you have hatched the egg before, the small image of an egg will appear to be solid. However, if you obtained the Pokemon through a method other than hatching it, it will just be faded. 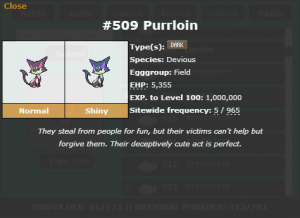 When you click on "View Info" of a Pokemon, it displays the following information: